Home > News and events >  Outside the frame - PHOTO IS:REAL

 Outside the frame - PHOTO IS:REAL

“Horizon” of Northern Goals has started a partnership with Photo is:rael two years ago in the field of social photography.

The social guides were trained in photography and self-expression through photography.

After that, the instructors gave photography workshops to the girls, and in this way, they got space to express themselves, and use photography as a tool for self-expression.

250 girls from 15 WARM HOMES took part in an exhibition that took place in November.

Last week, Suher Nijim, director of Horizon, participated in a panel at Tel Aviv University, in which the academic staff of the School of Social Work took part.

The topic of the panel was social photography, and Eyal Landsman, the CEO of Photo is:rael moderated it. The panel was attended by two presenters from Photo is:rael and Suheir Nijim, as a representative of Northern Goals, who iscoming from the field work.

Suheir told about Northern Goals, and explained what a WARM HOME is and the circles of influence of the guides and the girls.

She also explained about the pictures taken by the girls, which mainly expressed violence.

The girls photographed the reality of their lives, with an emphasis on violence against women, bullying of girls while referring to body image and early marriages.

Suheir shared later in the panel that there was a debate about whether to publish all the photos, because it was also important to protect the girls. In the end, they decided to publish everything, so that the girls could make their voices heard.

Suheir ended her speech with an exciting story that took place during the photography process in a warm home.

Four photos taken by the girls are presented in the university department building.

It’s very exciting, that their voices continue to be heard. 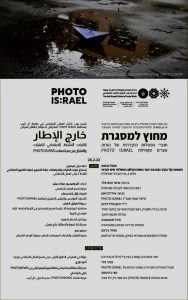 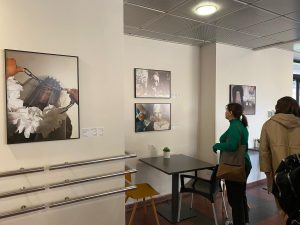 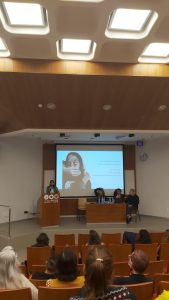